Saint Louis, MO. May 22, 2013 Terrence G., a senior at Collinsville Christian Academy, will become the first in his family to attend college this fall thanks to the education he received during his early formative years through Access Academies. 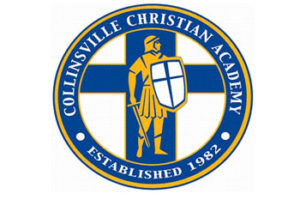 The oldest of six children, Terrence was an active and eager participant in the St. Louis NativityMiguel program at Most Holy Trinity Academy in North St. Louis, when his mother moved to Georgia with his three sisters. Because of the quality of education he was receiving at Most Holy Trinity School, his Aunt Debra stepped in to became the legal guardian for Terrence so that he could remain with the program.

After completing middle school, Terrence’s academic achievements place him at Collinsville Christian Academy (CCA), where he became involved in the academic and athletic programs offered at the schools.

“At CCA, Terrence plays soccer and basketball and is one of the most athletic people at the school,” wrote BJ Brinkley, on the CCA Warrior weblog.

Even though money was extremely tight, Terrence’s aunt was able to use Access Academies’ financial aid to help pay for his college-prep high school tuition. However, shortly after he started at CCA, Aunt Debra’s employer cut back her hours threatening the future of Terrence’s college-prep education. Mr. Anthony Lemons Sr., the Academy Director at Most Holy Trinity, and Access Academies, then stepped in to offer additional resources and support to ensure that she was able to secure additional financial aid to safeguard Terrence’s education.

While at CCA, Terrence lit up the halls with his humor and remained motivated to excel academically in all of his courses.

Sadly, Aunt Debra, a role model of strength and support for Terrence, passed away in November 2012 after a battle with cancer. Terrence persevered during this painful time thanks to the support of friends, CCA, Access Academies, and another aunt and uncle who welcomed Terrence into their home.

TerrenceÂ is dedicated to his family and has stepped up as the oldest to help raise his two brothers and cousins, whom he lives with now, but his aunts shared his vision for a better life and offered support and strength, enabling Terrence to work hard in the classroom and on the court.

As a result, Terrence’s personal goals are becoming a reality. Not only will he graduate this year with a 3.5 GPA, in April 2013, Terrence received a full-ride basketball scholarship to McKendree College in the fall, where he will continue his studies in hopes to become a sports agent.